You are here: Home / About / History / Bildeston’s markets and fairs
Main content

During the medieval period, markets were major places of sale and purchase. Suffolk’s two largest towns Bury St Edmunds and Ipswich held markets on most days. Smaller centres, with markets held weekly, still had an intermingling of urban and rural owing to close contact with farming activities of their surrounding countryside.

In 1264, Matthew de Loveyne, lord of the manor of Bildeston, was granted a charter by King Henry III for a weekly Wednesday market and a yearly three-day fair held around 29 September, the feast day of St Michael and known as Michaelmas.

Setting out a market place

Before the grant, the market might have existed unofficially or temporarily. However, in the valley bottom to the east of the original hill-top settlement, an open space suitable for marketing was laid out between two streams, and abutting the highway from Stowmarket to Hadleigh, thus taking advantage of a major route through the parish. Around this trading area developed an urban extension that flourished at the expense of the older village around the parish church and manor house. A former name for the southern portion of the present High Street was Nubury, which refers to this new market town created as a consequence of the charter grant.

By the 15th century, constant encroachment by buildings upon Market Place created Chapel Street and Duke Street, reducing it to one-quarter of its original size. Surrounded on all sides by houses, workshops and inns, in the centre stood the corn-cross, which was described in 1493 as new: whether it was an open cross as at Lavenham or a roofed shelter as at Bungay and Mildenhall is unknown. Nearby were a water pump and the shambles, small premises erected for sales of meat to be let out only on market days. In the north-east corner stood Market House, the upper room of which functioned as the manorial court chamber. On the ground floor were stored stalls and ‘market stuff’ when not in use, including the common beam with accompanying weights and measures.

In order to protect interests of as many people as possible and to ensure fair trade, there were strict rules governing conduct of markets. On trading days, those wishing to set up their wares came early to pay their tolls to the market bailiff. Business could not begin until the market bell had been rung that announced the start of trading: this made sure that forestalling did not occur. Stall folders contravening regulations had to appear at the market court and, if found guilty, were put in the town lock-up, which might have been at Nos.7-11 Duke Street, which was formerly known as the Gaol.

Developing as a centre

Bildeston as a small market town would not simply have been a centre for trade. As well as providing a sales pitch for local produce and itinerant traders, it would have been a focus for local rural life. Inns provided meeting places for the surrounding population, who were not only in Bildeston to buy and sell but also to hear news. No doubt encouraged by growing consumer demand, shops began to appear to cater for needs of nearby villages as well as those of townsfolk themselves.

In a time of scarcity and high prices during the reign of Queen Mary I (1553-1558), all the Country thereabouts brought their victuals and other Necessaries to Hadley [Hadleigh] to be sold whereby this towne of Bilstone [Bildeston] hath decayed. It is full of fair Inns, which now are neglected. Only in this Towne is some small Quantity of Fish and Flesh sold on Market Day.

From time to time, monarchs reviewed market charters granted by their predecessors. Among records relating to the manor of Bildeston are letters patent with royal seals of King Henry VIII granted in 1519, King Edward VI of 1548 and King James I dated 1605. This last document confirms that in 1572, Queen Elizabeth I had granted to Bildeston’s manorial lord an extension to his license. In an attempt to revive trade within the town, the existing Michaelmas fair was altered to Ash Wednesday at the beginning of Lent, so as not to coincide with other such fairs at nearby Hadleigh and Lavenham, and a second fair was granted for Ascension Day in the sixth week after Easter.

Bildeston’s Ash Wednesday fair became the first in Suffolk’s calendar of some seventy such events recorded in the early 17th century. As well as an element of fun in the form of entertainments, fairs were principally markets but on a much larger scale lasting up to three days and attracting people from a wide area. It is not known whether a special place was set aside for holding them, often called a fairstead, or whether they were set up on Market Place. Many fairgoers were there to buy items not usually available in the town’s shops or on Wednesday market stalls. At some other towns, fairs specialised in their own particular aspect of farm produce: cattle, sheep, horses, cheese. In later years, the fairs at Bildeston were primarily for toys and wearing apparel.

It would seem that the earlier wealth of Bildeston had been based on an enterprising merchant class who had lived here but when changes in the woollen-cloth industry brought about their decline towards the end of the 17th century, no new class succeeded them. John Kirby’s contemporary description of the town in 1764 gave a gloomy picture:

“Bildeston is a town in a bottom meanly built and the streets are dirty; it appears to have been more populous than it is at present, which is owing to the decay of the woollen manufacture, which formerly flourished here . . . Here is a mean market weekly on Wednesdays.”

In 1778, Anne Brand of Polstead Hall took financial advice and closed the market as it no longer rendered her, as lord of the manor, income sufficient to maintain the Market House. As a commercial centre Bildeston’s fate was sealed, so inhabitants and surrounding dependent villages had to look to Hadleigh or Stowmarket for wares and services that had previously been on the doorstep. The two annual fairs continued and from time to time Cosford Hundred hiring fair for domestic and farm servants was held here. During the mid-years of the 19th century, an unofficial weekly cattle market was established on a meadow adjoining the Crown Inn. However, by 1872, the official fairs had dwindled down to one stall each, since when they have not been held. 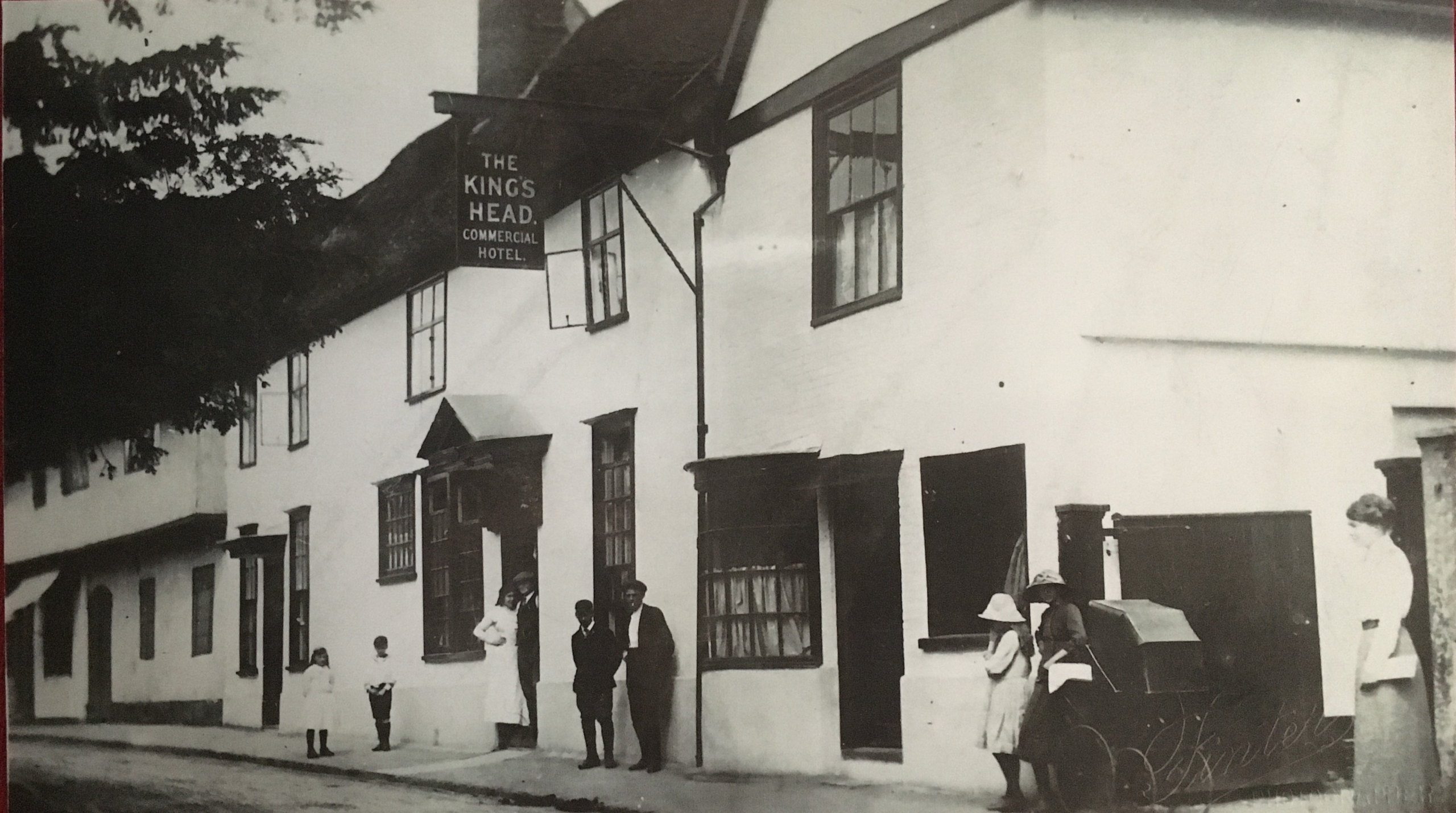 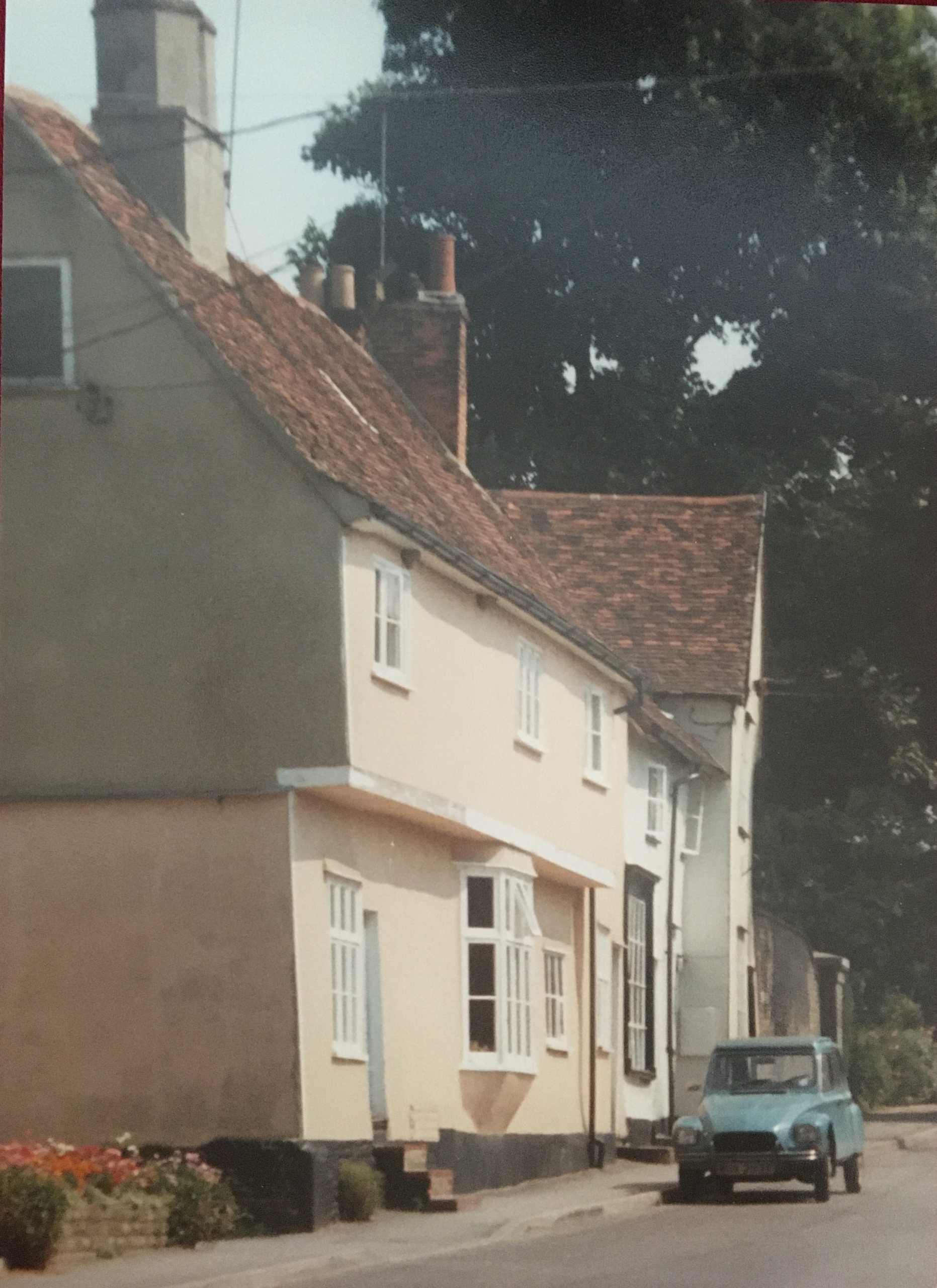 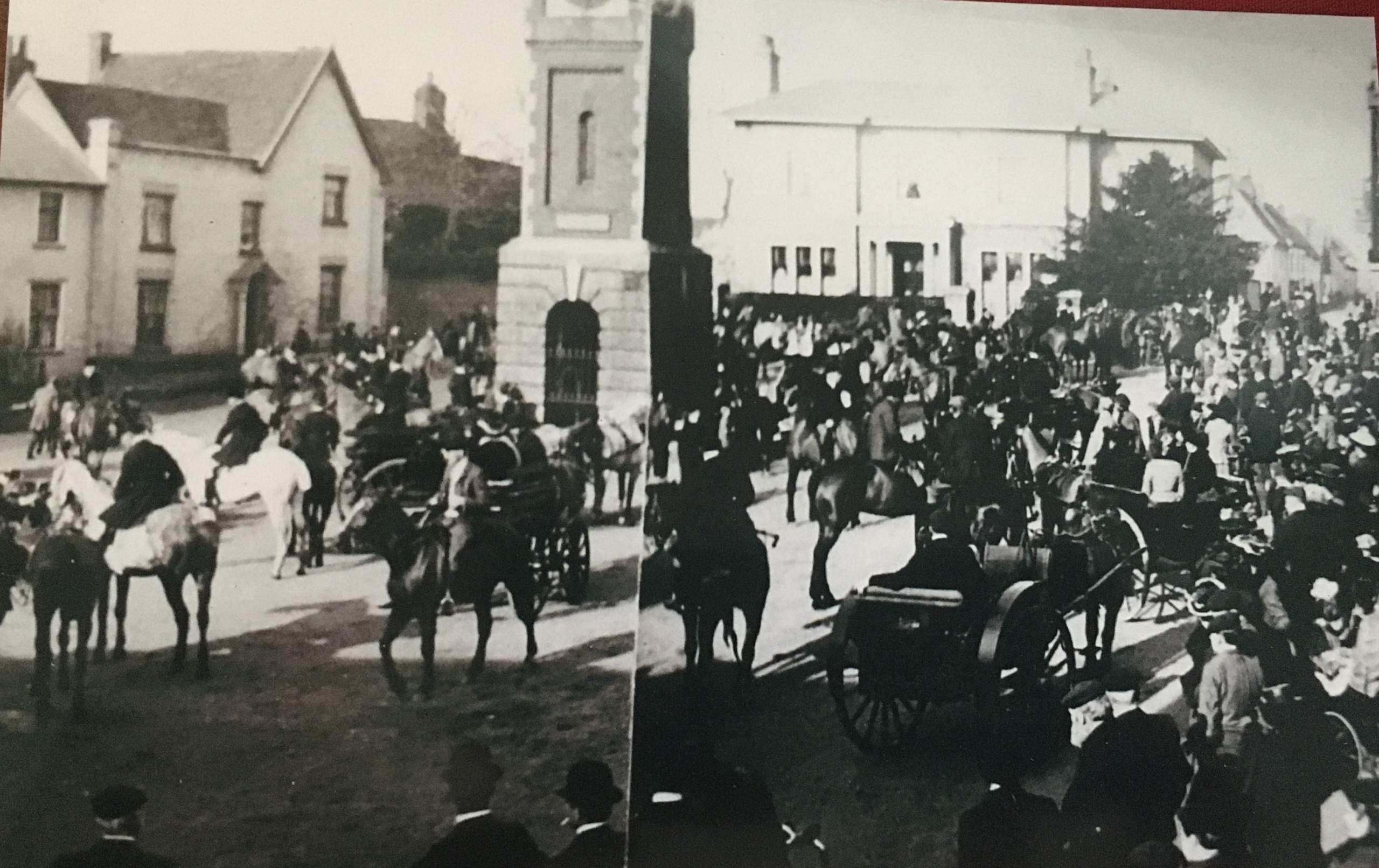 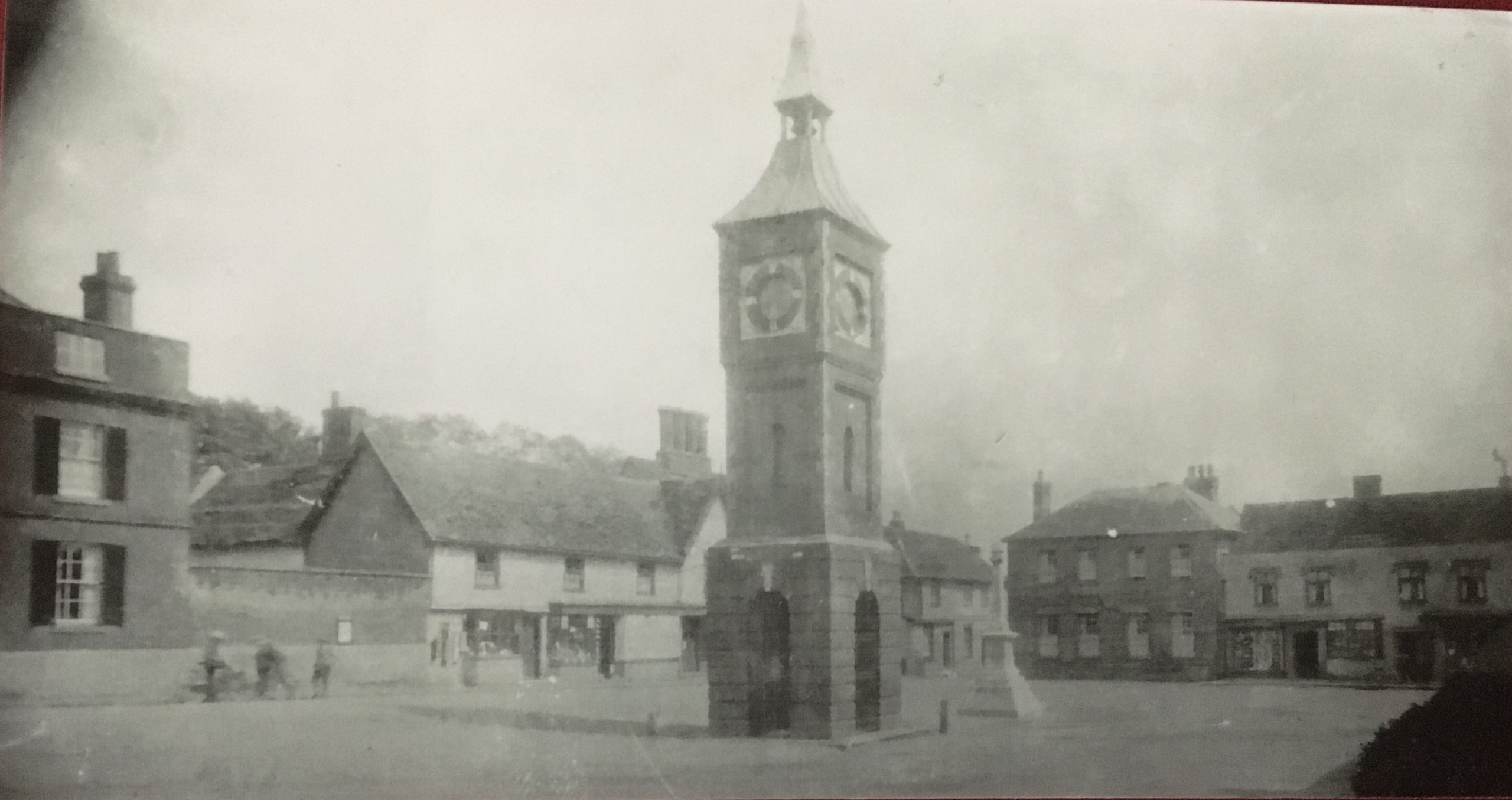 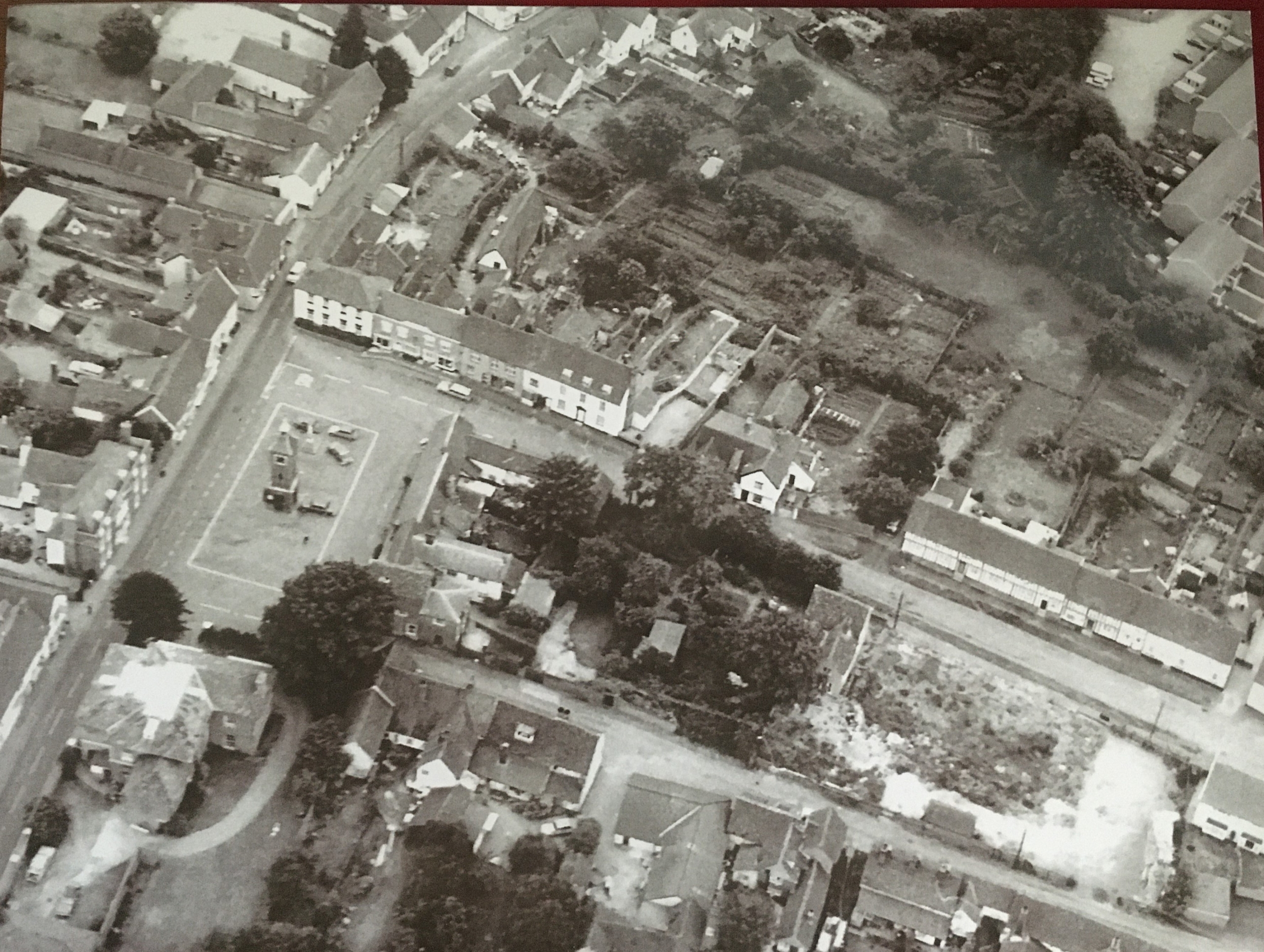 Images from top to bottom: