You are here: Home / About / History / The deserted medieval village
Main content

Our parish church stands on a ridge just over half-a-mile to the west of the present village. Although well served by footpaths, this hill-top site can only be approached by traffic via Church Road, which was formerly lined with houses. First recorded in the late 11th century by Domesday Book, inhabitants of the original Bildeston were living on the hill beside a predecessor of the present church and farming surrounding lands. For how long this continued as a thriving community is not known but by the end of the 15th century, all that remained was the church and a farming estate based on the manor house.

Until 1974, earthworks of a deserted medieval village could be clearly seen south-west of the church, which consisted of an impressive homestead moat, a large rectangular marshy depression and linear hollow ways. The moat had encircled a manor house, the marshy area was a stew pond, where fish destined for the table had been kept, and nearby, there were indications of streets and traces of house platforms. The land had not been disturbed within living memory and was probably turned over to pasture soon after final desertion.

Although ploughing in 1974 obliterated these features, field walkers picked up pottery sherds and other fragments from surface rubble. Around 80% of finds were medieval, mostly 13th century, while the remainder was 16th and 17th century with two or three 18th century sherds and a clay pipe. Subsequently, further medieval pottery pieces were collected, together with a silver-inlaid bronze knife handle. Most discoveries came from the area of the 75-metre diameter moat, which suggests occupational debris but any buildings from which these finds had come had long gone. If not deliberately destroyed, their timber-framed structures would have eventually decayed after abandonment.

Over the years, desertion of this settlement in favour of the present valley site has been speculated upon and still told in Bildeston is the story of how the old village was smitten by black plague and finally burnt down. Wiping out 40 to 60% of England’s population, the bubonic plague of the late 1340s contributed towards eventual decline, migration from or desertion of many sites across the country but few were abandoned for this reason alone. At Bildeston, three successive rectors were appointed during this short period, which could indicate that plague had been brought here. However, events a century earlier would appear to have contributed towards the decline of the original settlement.

Acquisition in 1264 of a market charter by manorial lord Matthew de Loveyne probably caused the shift of population to its present position. The market might have been located on the hill but in terms of drawing in passing trade and future commercial development, the position was not ideal. Consequently, a marketing area was laid out on the nearby highway connecting the towns of Stowmarket and Hadleigh.

Compared with the quantity of 13th century pottery found on the old site, the small amount from the 14th century would indicate re-location had taken place fairly rapidly. Desertion of old tenements in favour of new plots around Market Place might have been hastened by de Loveyne’s desire to consolidate his demesne lands around his manor house for which, in 1269, he obtained a grant of free warren from the king. This right to hunt ‘beasts of the warren’ covered small game and was a symbol of status.

Acquiring the charter would seem to have been the initial step in establishing a planned settlement in the valley where the main thoroughfare was designated Nubury, which indicated the new market town as opposed to the earlier settlement. The people of Bildeston continued to rebuild and refurbish their place of worship and eventually, only the manor house and church remained on the hill-top site. 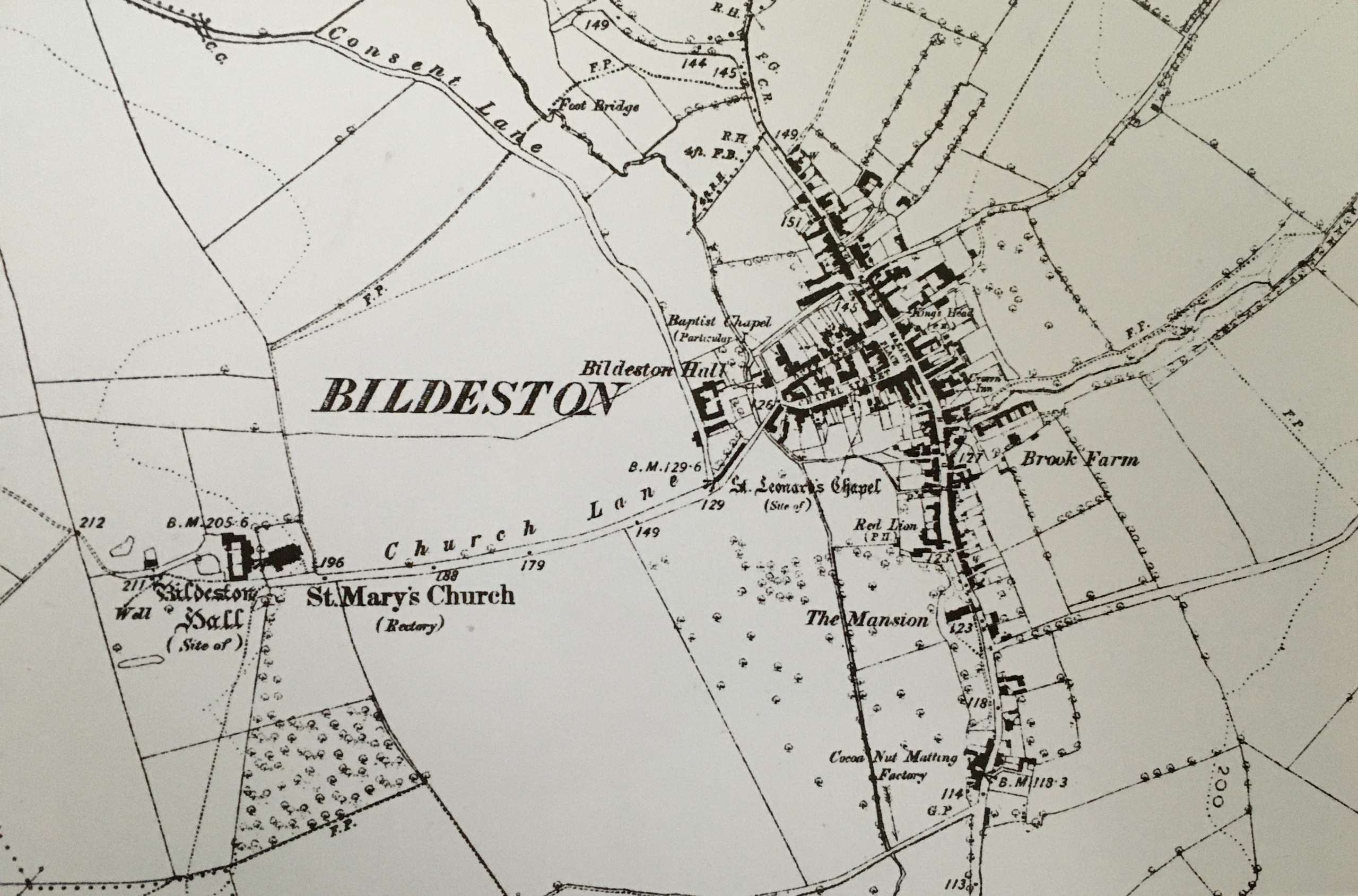 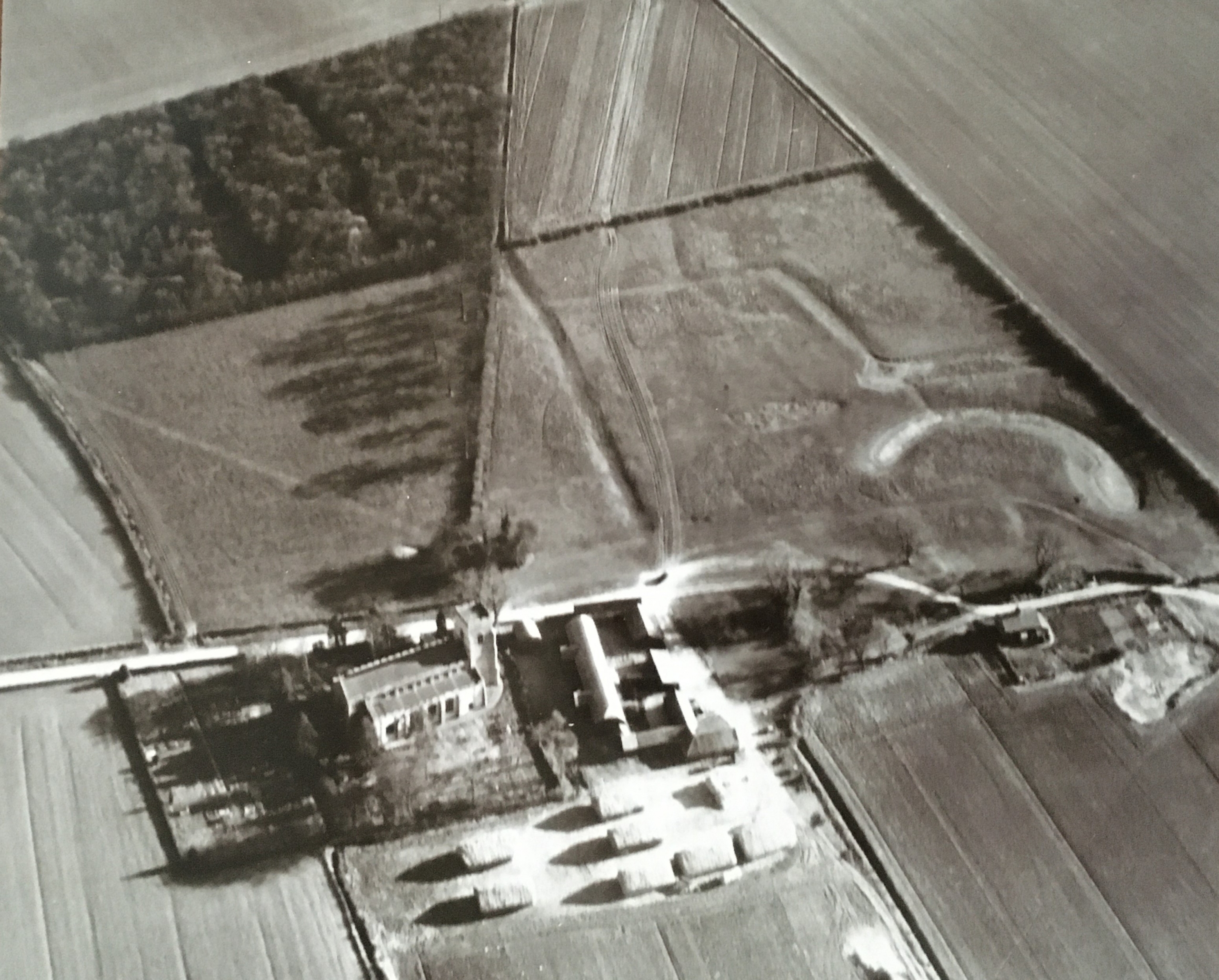